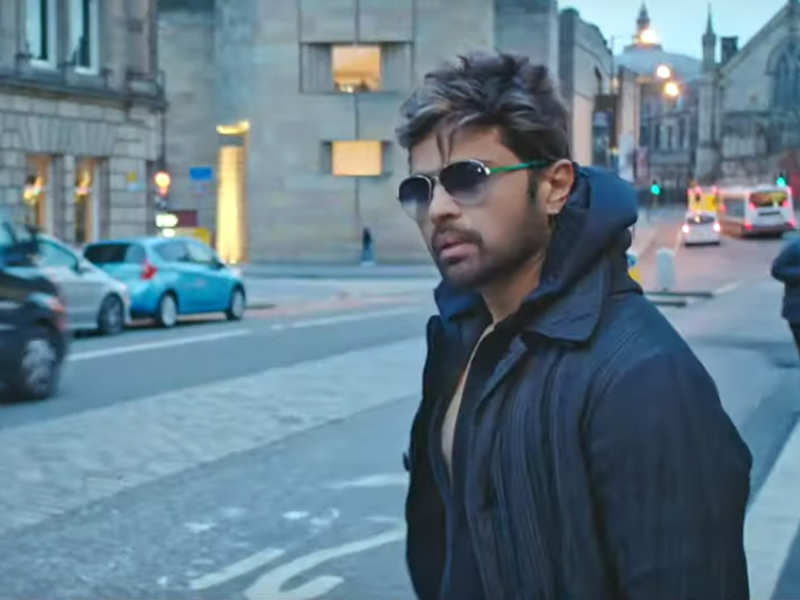 Himesh Reshammiya was born to Vipin Reshammiya, a Gujarati music composer, and Madhu Reshammiya, on 23 July 1973. At the age of 21, Reshammiya married Komal and they have a son, named Swayam.[3] On 12 September 2016 it was reported that Himesh and Komal mutually agreed to separate and file for divorce.[4] On Friday, 11 May 2018 Himesh married his long time girlfriend actress Sonia Kapoor.[5][6]

Reshammiya was the first Indian singer to perform at the Wembley Arena and the Heineken music hall in Amsterdam.[8]

Reshammiya was actively involved in mentoring and judging the singing competition, Sa Re Ga Ma Pa Challenge on Zee TV. His group was known as Jai Mata Di Let's Rock Gharana[citation needed]. He was the winning mentor of the show in 2007. In 2009, Vaishali Mhade, a female contestant from his Jai Mata Di Let's Rock Gharana, won the singing competition. He is also the team captain, judge and mentor on Star Plus's show, Music Ka Maha Muqqabla for the team Himesh's Warriors. Reshammiya was also the judge of the musical reality show Sur Kshetra, which was telecasted on Sahara One. Reshammiya appeared as the special guest in the Grand Finale of Jo Jeeta Wohi Superstar 2, where he also trained the top four contestants.[9]

On 4 November 2013, it was announced that Reshammiya will be acting and producing a movie named The Xposé.[10]

In his debut film as an actor, Aap Kaa Surroor, Reshammiya added a song Tanhaiyyan from Boney Kapoor's proposed film Milenge Milenge.[when?][11] Initially, Reshammiya had composed the song for Kapoor's film, but later decided to use it for his own movie. Tips, which held the audio rights of Milenge Milenge, accused Reshammiya of copyright violation, as audio rights for Aap Kaa Surroor – The Real Luv Story were acquired by T-Series.[12] However, Reshammiya defended himself saying that he had made Kapoor listen to the song, but it was not included in Milenge Milenge. He also claimed to have tried to get in touch with Kapoor for seven months, and since there was no progress on the film, he decided to use the song for his own movie.[13]

In April 2019 It was confirmed that Himesh Reshammiya will be back on-screen with the film Namastey Rome, the film which is apparently a sequel of the Namastey London and Namastey England film series. Besides he will be collaborating with lyricist Javed Akhtar in the film since they worked together in Namastey London.[14][15] Alongside that he will be acting in three other projects, one being the sequel of The Xposé which has been named The Xposé Returns.[16] Reshammiya has also confirmed that he will make a biopic on the brave soldier Bishnu Shrestha, the film will be based upon his heroics of the Maurya Express train robbery. But cast and crew have not been finalised yet.[17][18]