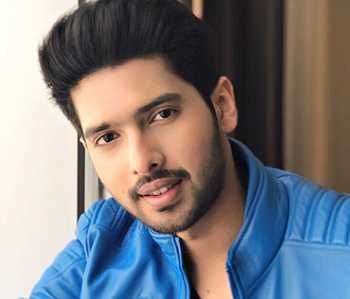 Since Armaan was born in a family of musicians, he too was inclined towards music from a very young age. He took his music lessons in classical Hindustani music from Rita Kaul and Qadir Ghulam Mustafa Khan.  For his musical talent, he won himself a scholarship at Berklee College of Music in Boston and obtained his degree in Honours in Music from there.

Prior to entering films, Armaan Malik sang for numerous television commercials, released his private albums and performed on reality shows. Besides playback singing, he also served as a voice actor for films like Slumdog Millionaire and My Name is Khan.  He has also sung as a child singer in movies like Chillar Party, Taare Zameen Par, Rakta Charitra, and Bhootnath.

He also participated in the reality show Sa Re Ga Ma Pa Little Champs and was among the 10 finalists. He made his full-fledged singing debut by recording songs of Salman Khan’s film Jai Ho in 2014. Besides Hindi, he has also sung in various other regional languages. Some of the famous songs that he has sung are Tumhe Apna Banane Ka and Wajah Tum Ho from Hate Story 3 and Bol Do Na Zara from Azhar. In addition to singing, he has also composed music with his elder brother Amal Malik.

In addition to singing in films, he has also released his albums and singles like Main Rahoon Ya Na Rahoon and Pyaar Manga Hai among others.